The Pomeranian has been among the more popular dog breeds in the United States, featuring consistently in the top 20 of registered AKC dog breeds over the last 10 years.

Submitted by:
Unknown (via Boo)

Did you know that the English Springer Spaniel is the founder of all the English hunting spaniels breeds?

Submitted by:
Unknown (via It’s All About Dogs )

“The person most closely associated with developing the modern breed of West Highland White Terrier is Edward Donald Malcolm, 16th Laird of Poltalloch. Malcolm owned terriers used to work game, the story told is that a reddish-brown terrier was mistaken for a fox and shot. Following this Malcolm decided to develop a white terrier breed, which became known as the ‘Poltalloch Terrier’.”

Submitted by:
Unknown (via Judith Williams)

Fun fakts about teh Pug: “The pug is a toy breed dog with Chinese origins, but were popularized in Western Europe by the House of Orange of the Netherlands, and the House of Stuart of England, Ireland and Scotland.”

Tyme 2 pick da nu Goggie ob teh Week! Lern moar bout dese breedz by reedin undr teh poll!
Who do u want 2 b Goggie ob teh Week?Fun fakts about teh Puli: “The Puli is a breed of Hungarian herding and livestock guarding dog known for its long, corded coat.”

Fun fakts about teh Sloughi: “The Sloughi is a North African breed of dog, specifically a member of the sighthound family. It is found mainly in Morocco, which is responsible for the standard, and can be found in smaller numbers elsewhere in North Africa.” 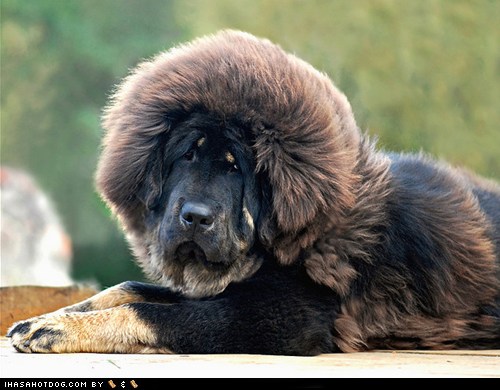 The Tibetan Mastiff is descended from the famous Tibetan dogs that were the ancestors of the majority of Molossuses and Mastiffs throughout the world. The ancient Tibetan Mastiff may have been in existence as early as 1100 BC.

Submitted by:
Unknown (via Mastino0100) 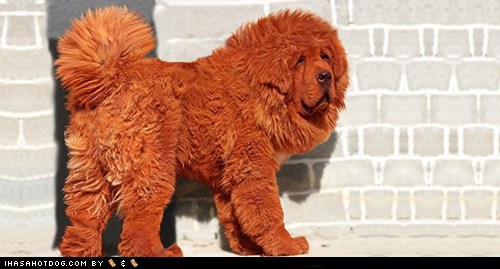 Traditionally Tibetan Mastiffs were used to guard property, and often a single dog would guard an entire Himalayan village.

Submitted by:
Unknown (via Regular Weirdo)